Do we really understand our dogs?

A conversation with another dog walker today has led me to write this blog post. It’s something that’s been on my mind for a few weeks as I’m slowly become more attuned to what Buddy is trying to tell me.

He’s barking at almost all noises at the moment, barking randomly at people and other dogs, not only is he going through a hormonal fear period at 8 months old, he is naturally a very sensitive, anxious Border Collie.

We have done pretty much everything by the book with him as a young pup. Socialised him, taken him to the pub, had the TV on all day as well as the radio, we have never tip toed around him. We’ve left him at home and taken him to lots of places. He was super cool at this. Great down the pub, used to lead me around the room to say hello to everyone. Didn’t even flinch on fireworks night in the garden!

But the dog I have now is worried about a LOT of stuff! Anyone on the outside looking in at his anxious behaviour might ask “Oh is he a rescue?” or even worse, they may assume that his anxious, wiggly, backing off and hiding, or barking, could be interpreted as having been manhandled as a puppy or that “something must have happened to him”.

Nothing could be further from the truth, and these kind of statements, quite frankly, make you, as a responsible dog owner, feel pretty shitty.

It is for the most part, down to being a case of overwhelm and bucket filling for a naturally anxious dog.

It’s really quite simple when you think about it. When Buddy is chilled and calm, he makes super cool decisions. Buddy’s bucket however, fills up in seconds, and fills up at the smallest of things.

That is why so often owners might say “oh he’s never done that before!” In shock horror as their dog is barking at yours.  And I believe them.  Because when a dogs bucket is overflowing, and you may not even realise it yourself, just like humans, they can make bad decisions.

Just throwing a frisbee a couple of times is almost bucket filling enough in itself for our Buds!

So what did I figure this increase in sensitivity could be? What has changed in the last week?

We are all at home now right. So what kind of rest is he getting during the day? For sure he is resting and doing really well with everyone around, but he’s not TRULY resting. He’s lifting his head every time someone walks past, he’s getting disturbed often. 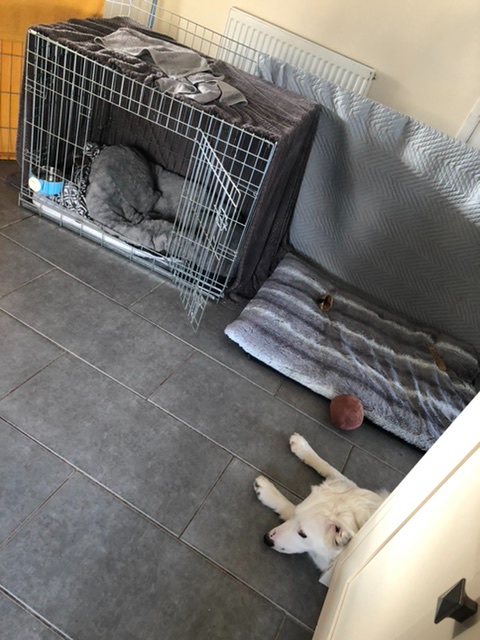 He doesn’t switch off at the best of times. Fast forward 3 days of little rested sleep during the day and we have a bucket overflowing, barking at the slightest rustle of a crisp packet, messy dog. (yes a crisp packet – and don’t even get me started on my chocolate bar wrapper!)

A quick talk with my amazing dog trainer and friend, who basically said he needs to switch off like YESTERDAY, and told me to get him back in a covered crate (he sleeps in an open pen usually), in my bedroom for naps during the day.

So we did it, and it’s working, very slowly, but there are noticeable results in just ONE day. Its going to take quite a few days to get him back to some sort of normal for him but we are on the right path.

Anyway. I just wanted to share that I know why he’s ‘barky’ when we are out at the moment.

So, today on my walk, as this couple with three dogs were walking towards me, I moved to the side of the road and bent down to feed Buddy lots of hot dogs as there wasn’t really any where else to go. I wasn’t sure if he was going to bark, lunge or just ignore them as the past week it’s been quite random. I know my dog, and that this is slightly out of character for him.

So here I am, with Buddy crouched on the floor, and the couple warn me that their Collie is likely to bark at us. I said don’t worry, that was why I was on the floor feeding Buddy as he’s bit barky at the moment. Buddy was doing sooo well concentrating on the sausages and listening to my calming voice. It also helped that our lovely post lady Sophie was nearby and he had just been having lots of fuss from her. He never barks at Sophie – he adores her!

At which point I was told by the couple:

“Oh that will be the Alpha male coming out in him. Yeah, he’s protecting you. That’s why I took my Collie from my wife as I can control him better, he always barks with her as he’s protecting her”.

I bit my tongue hard. If you’ve read my other Blogs you will know that I follow MODERN science and MODERN research when it comes to dogs, which have totally debunked the Alpha dog theory. There is a link here if you have a moment at some point to go and check it out for yourself.

I just smiled and said:

“Oh well, he does this regardless of whether its me or my husband so….”

What I really wanted to do was tell him WHY the Alpha role has been debunked, that it’s a load of tosh, and that he would be doing his dog a favour by keeping up to date with the latest research. But I didn’t.

At that moment I had a pang of sadness for that dog.

I understand my dog. I do my research. I follow modern dog training based on science and facts and all the latest research carried out by well respected experts. If people still truly believe these old fashioned ideologies, what damage must it be doing to their dogs? 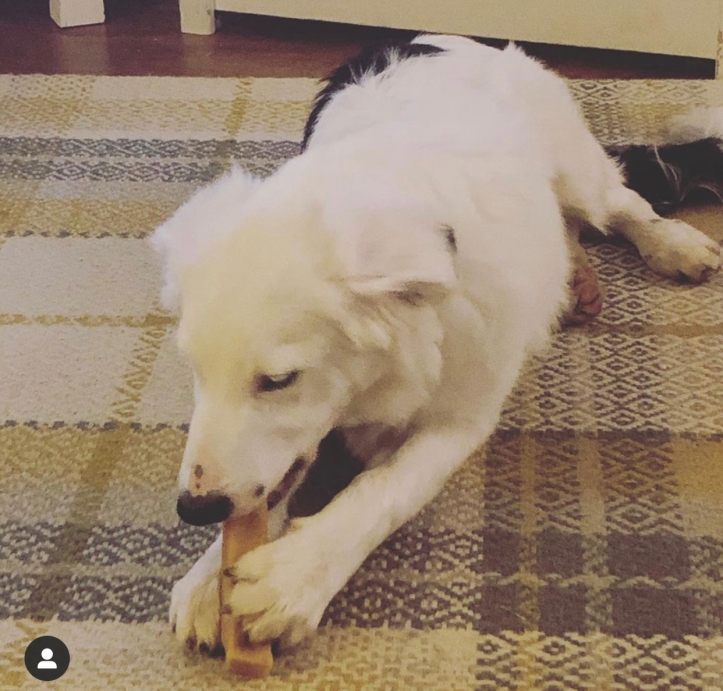 Look I’m not an expert, and I’m learning all the time. I WANT to learn. But people who believe this myth, must be asserting some sort of authority over their dogs right?

Research shows, that dogs that are raised with forced training, on a sliding scale from shouting at them, to using physical chastisement, the percentage likelihood of them becoming aggressive later on, rises and rises on par with the level of punishment used. Does anyone want to take that risk? Like seriously? A dog that has the capability of real harm – being more susceptible to aggressive behaviour. Here’s the link so you can check it out for yourself.  Sadly however this Alpha dog crap is still believed as it’s still circulating by well know dog trainers.

If you follow that outdated theory the bond you have with your dog will be broken. Your dog will obey you because they are scared of you – it really is that simple.

There are so many people out there misunderstanding their dogs, or listening to well-wishers who try and interpret their dogs behaviour for them.

I really do urge everyone to do the research, look at the latest findings, and find a modern dog trainer, one that openly admits to not knowing everything and is always looking at the latest solutions, that are relevant to YOUR dog.

Thanks go to Absolute Dogs and my dog trainer at On The Ball for their continued modern training advice, knowledge and support.

If you are feeling a bit cooped up right now and want to find some cool new things to do with your dog, check out my last post with lots of free and paid for online training resources.