So this is Part 2 of how I nearly gave up my dog and what I did about it. If you haven’t read Part 1 yet pop over here.  Maybe this resonates with you? If it does let me know!

After finding that most things were NOT working for my dog, despite the hours I was putting in with obedience training, I was lucky enough to stumble across Absolute Dogs online. A ‘concept’ based way of training. At the same time, I also found a local trainer who was trained in this concept style, who could also have Buddy one day a week while I worked from home.

The training made SOOOO much sense. 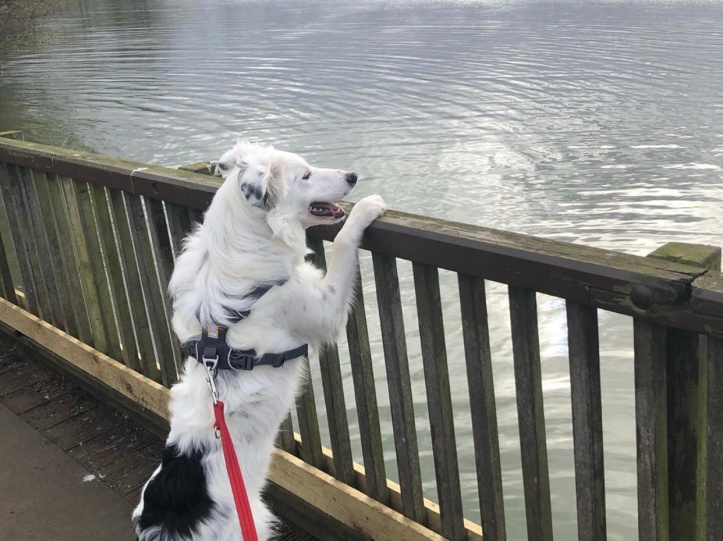 This isn’t just about obedience. This teaches a WAY OF LIFE – which is what we were sorely lacking.

Homelife was a struggle. I had been allowing Buddy to run around like a loon basically in an attempt to tire him out, inside and outside the house. Resulting in lunging and nipping and an increased awareness of noises. And even though there were snippets of calm in the evenings, this was only really because he was totally spent as I was trying hard to fit 2/3 long walks in a day as well as socialise him. 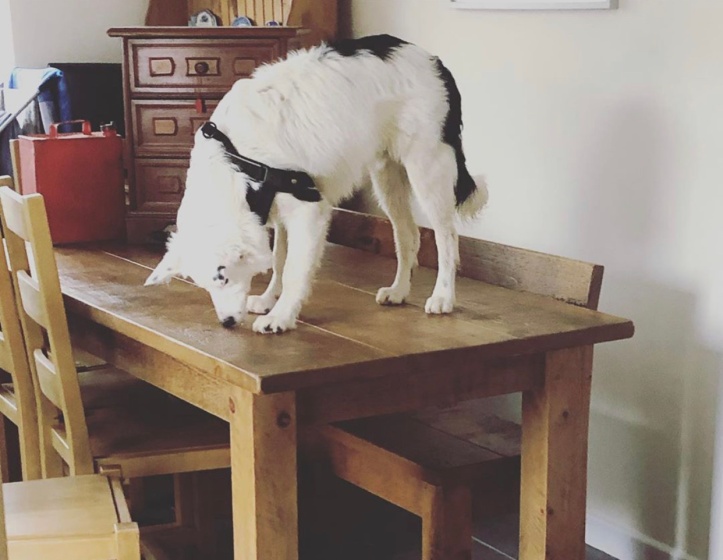 He was in a constant state of over arousal, wondering what was next. Expecting awake time, to mean playtime. He had become what we had let him. If he didn’t get what he wanted? Then he would bark for it.

The extra freedom I have given him also meant he was noticing the world. A lot.

Suddenly off lead runs turned from wonderful experiences into chases, high speed barking chases involving birds and aeroplanes! Soon that evolved into barking at people and dogs too. How much fun he was having! In the meantime my recall was slowly evaporating into thin air.

The reactiveness to noises were becoming so bad that he was redirecting to my husband and son.

But what was the alternative? Teach your dog to sit quietly on a bed on command? It’s just not real life is it? I found that there was soooo much more to it than that. And not just a quick fix with a few tasty treats.

Concepts of optimism, calmness, disengagement and focus to name a few needed to be taught. I also quickly found that all dogs are different, and find different things rewarding. Training games can be tailored to YOUR dog and you can work on the games that suit YOUR dog and the struggles THEY are having.

The thing is not all dogs are born equal with the same bog-standard personalities. But you CAN change how they think about the world.

This was one thing I really struggled with. A feeling of failure as a dog owner.

It should have been simple. I get a puppy because I can train it how I WANT it to be. Puppy gets trained with my extra hard hours following EXACTLY the same obedience training and socialising guidance as everyone else.

But dogs are born with their own personalities. They don’t bark at the person across the street in a hat, because you failed at socialising, they barked because their bucket was too full that day and they are feeling pessimistic. Once you get your head around that you can start to feel more positive about what you are doing.

But I was constantly putting him INTO situations that weren’t good for him. Training him IN the situation rather than being in control and training FOR it. He’s a pessimistic and anxious dog. That is the personality he was born with. So, I was only making it worse for him. 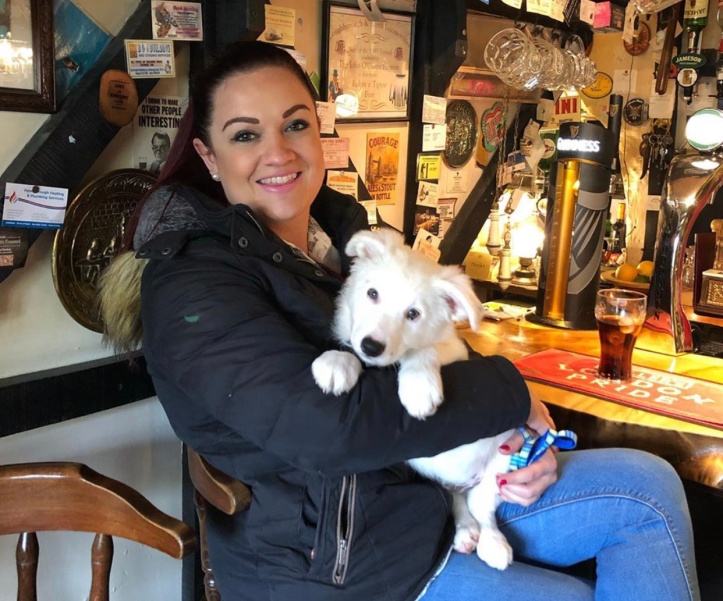 I thought that obedience training was the only way I could ‘control’ him. Obedience should be the safety net. Concepts are a way of life where the dog thinks for themselves.

The dog trainer we use has quickly become a friend, with three collies of her own, she has been there and done that with this beautiful breed! She always has my back. She is amazing.

I’m also now being coached by her as I have really found my passion – and I need all the help I can get!

There are a lot of habits that he has formed which we are slowly overcoming bit by bit. You can’t forget either that hormones are playing a HUGE part right now and the ‘deafness’ has crept in.

But most days are a lot easier now, and If I have a struggle, there is always a solution!

As I write this I had the most terrible day when I thought he would never go in his pen ever again – he’s in there now, quietly sleeping which is what he needs A LOT of.

He’s stopped lunging in the house as I have been emptying his bucket and working on calm. And we have gone two days now without a single bark at the TV after using a technique called DMT.

So, if you are in the same situation as me – with a puppy or even an adult dog or rescue, this is what I think you can do NOW to help:

• Join Absolute Dogs – the ‘Netflix’ of dog training. Its not just dog training either, its lifestyle training for you and your dog. I really can’t rate it enough. Their academy is open right now! But not for long…if you join through this link, you also get to join my trainers facebook academy coaching group, which WE are in too!

• Find a good trainer – if you can’t find a pro dog trainer, find a force free one that’s open to new ideas. If you are local to Peterborough, or even if you aren’t (me and Buddy do online classes too – you could join us or even spectate!) then contact our trainer Nikki at On The Ball – she does 1-2-1s too!

• Find some training classes to suit YOUR dog – what makes them happy? We’ve tried a few and he LOVES agility. Even though he’s a baby still, there is tons of preparation we can do at home. Wrapping objects and learning to stay at the start line being just a few. All great fun. Keep it short.

• Give yourself a break. Remember some days it’s okay not to walk your dog. Let them learn to chill. Just train boundaries for the day. Go for a walk on your own. Do some online shopping! Yoga, a nice bath, read a book,, whatever you love, don’t forget how important YOU are.

The key things I have learnt these last few weeks are:

• All dogs are different, find out what makes yours tick and what doesn’t
• Ditching the bowl and the routine are central to everything
• You can’t have enough calm – reward it constantly
• Don’t let them rehearse naughty behaviours – management is key
• Use your food wisely on the things your dog NEEDS to learn right now. A sit pretty isn’t really important right now (sob) if they are running around your house like a loon terrorising everyone.
• Stay calm and smile – I talk to mine like a toddler and he loves it – yours might not!
• If all else fails – there is Gin. 😊

Once you’ve joined the Academy you’ll be on your way to getting plenty of breathers and we are a huge supportive community who have each other’s backs.

If you are a bit strapped for cash right now, then check out my other blog for free online training resources.

Wishing you every success in your journey! Keep checking back to see how we are getting on and don’t forget to sign up to follow this blog on the homepage.